Meaning of Science and Biology

Science can be defined as a systematic process of making inquiry about the living and non-living things in our environment. Science is both an organized body of knowledge and a process of finding out knowledge.

Biology has several branches, these include

The prime purpose of science is research, i.e. finding out about things, so biology involves finding out or making inquiry about living things, their interaction with themselves and with nature.

Methods of Science (The Scientific Method)

The method of science involves systematically making inquiries about something under study. It begins with observation (that is, looking at something carefully with a view to finding an answer to a question). This involves using all the senses i.e. sight, hearing, touch, feeling, pressure, taste, etc. and instruments (e.g. ruler, microscope, magnifying lens, weighing balance, telescopes, barometer, etc.) where necessary.

Observation is followed by a hypothesis i.e. a sensible, reasonable guess which is capable of being tested or verified.

The hypothesis is tested by an experiment. Experiments usually involve measurements/counting, as such they have to be carried out as accurately as possible. Scientific experiments have a control. The control experiment is identical with the experiment proper, but the factor to be tested is omitted. This gives the investigator a higher degree of confidence in his result and conclusion.

Results from an experiment are put together and a conclusion (inference/generalization) is made.

Other scientists may repeat the same experiment and if similar results are obtained then the generalization is accepted as a theory.

When a theory has been tested extensively, worldwide and found to be consistently true, it becomes a law e.g. the law of gravity

Experiments are designed to eliminate all forms of bias so as to avoid making false conclusions. To achieve this, only the factor being tested is varied, all other factors that may affect the result are kept constant. These experiments are known as controlled experiments.

While experimenting, a biologist uses processes of science such as counting, measuring, classifying, organizing data, communicating, recording and interpreting data.

In recording an experiment/giving the account of a scientific investigation, the following pattern is used:

In biology, experiments are carried out on living things. It may not be possible to get a sample of test population with identical organisms. This problem can be reduced by using large test samples and also repeating the experiment many times.

Setting up and using of a light microscope.

Objectives of the Practical Exercise

Students should be able to;

Note: Quality and details to be graded in any required diagram

Everything in the world can be classified as either a living thing or non-living thing. Living things include plants and animals (things that have life) e.g. Man, Monkey, Earthworm, Flies, Mango, Fresh okra plant, Hibiscus etc. Non-living things do not have life e.g. stone, water, air, table, etc.

Some features have been found in every living thing ever studied by Biologists, these are;

They are made up of one or more units called cells

(i) Movement: This is defined as the ability of an organism to change its position. It may be a total change in position of the body as in the case of animals that move their whole body from one place to another or a limited change in position as in the case of plants which can only move parts of their body (e.g. in bending). Living things move in order to look for food, shelter, mates (reproduction) and to escape from danger. Generally, most animals can walk, swim, or fly from one place to another but plants can only move parts of themselves in response to external stimuli. Movement from place to place is also referred to as Locomotion.

(ii) Nutrition: This is the ability of an organism to feed. The reason for feeding is to enable living things to live and carry out life processes like growth, respiration and reproduction. Plants manufacture their own food through the process of photosynthesis (autotrophic nutrition). Animals cannot manufacture their own food but depend directly or indirectly on plants for food (heterotrophic nutrition).

(iii) Respiration: This involves the taking in of oxygen in order to burn down (oxidize) food substances to release energy which is used to carry out all life processes. Carbondioxide is given off in the process.

(v) Irritability or Sensitivity: This is the ability of an organism to perceive and respond to stimuli (changes in the surrounding). Living things exhibits sensitivity in order to survive in their environment. The response is often by some form of movement. Stimuli include heat, light, pain, sounds, chemical substances, etc.

(vi) Growth: This is defined as permanent increase in size and mass of an organism especially while young. Organisms also replace and repair worn or damaged parts of the body throughout life. The food eaten provides the basis of growth.

(vii) Reproduction: This is the ability of a living organism to produce young ones or offsprings. This ensures continuity of life. Reproduction occurs in two forms.

Asexual reproduction – This involves only one organism producing offsprings from itself.

Apart from these seven basic life processes another characteristic of living things is that they all die. All living things have a definite and limited period of existence, and they pass through five basic stages of existence;

Differences between Plants and Animals

Some organisms exist which posses characteristics of both plants and animals an example is Euglena viridis. Euglena viridis is a microscopic unicellular organism, which lives in water.

The characteristics of Euglena which make it an animal are;

The plant characteristics of Euglena are;

Levels of Organisation of Life

The bodies of living things are highly organized. This organization occurs in levels, with the simplest structure occurring at the lowest levels (single cells) which interact to build up more complex structures (multicellular organisms).

The basic levels of organization of life in organisms are; cells, tissues, organs and systems.

(i) Cell: This is the smallest unit of living organism. It is the first and simplest level of organization of life. Plants and animals are made up of cells. One celled organisms are called unicellular organisms. They include Amoeba, Plasmodium, Euglena, Paramecium, etc. Organisms made up of many cells are called multicellular organisms e.g man, mango, trees etc. The single celled organism can carry out all life processes on its own.

(ii) Tissues: This is a group of similar cells which come together to perform a particular function. A tissue consist of two or more different types of cells aggregating together to perform a specific function e.g. the mesophyl layer in leaves, xylem tissue in stems, muscles, blood (a liquid tissue) etc. Organisms which exist at the tissue level include the hydra, jelly fish, sponge etc.

(iii) Organ: Is a group of similar tissues which come together to perform a specific function. Examples in plants are flowers, roots, leaves, seeds, a rhizome, a corm, an onion bulb, a tuber, etc. Examples in animals are the skin, stomach, heart, brain, liver, eyes, ears, kidney, etc.

The climax of organization in higher living things is the aggregation of systems to form an organism. Complex multicellular organisms are composed of several organ systems which work harmoniously for the benefit of the organism. All animals from Platyhelminthes to Mammals, and all vascular plants are organized on this level.

Complexity of Organization In Higher Animals

As organisms acquire more layers of cells, they become complex in structure, thus there is an increase in complexity from unicellular to multicellular organism.

To classify means to arrange or organize things into groups. Classification of living things involves placing living things that have certain important features in common into specific groups which distinguish them from other groups.

The seven groups used in classification of living things in order of hierarchy are;

The species is the basic (i.e. smallest) unit in biological classification. A species is a group of individuals which can interbreed to produce fertile offspring. Example, all human beings belong to one species and all monkeys belong to a different species, thus human beings and monkeys cannot interbreed.

A Swiss scientist, Carl Von Linne (1707 – 1778) (Latin – Carolus Linnaeus) introduced the present system of classification of living things. He also introduced the binomial system of nomenclature in which an organism is given two names. The first name is the generic name and always begins with a capital letter while the second name is the specific name (species) and begins with a small letter. The generic name is common to all the species in a genus e.g. Equus cabellus (horse), Equus asinus (the donkey), Equus burchelli (common Zebra) are different species of the same genus.

Examples of Scientific names of some organisms

As a result of advances in the field of science a five-kingdom system introduced by R.H Whittaker (1969) has been adopted by some biologists. Most biologist however, prefer to divide living things into prokaryotids (bacteria and blue-green algae) and eukaryotids (all other organisms) based on the complexity of cell structure and cell chemistry.

The five kingdom classification is as follows;

They are very harmful parasites that enter the cells of another organism (host) in order to multiply.

They do not respond to antibiotics and are constantly changing into new strains.

Examples include bacteria and blue-green algae. 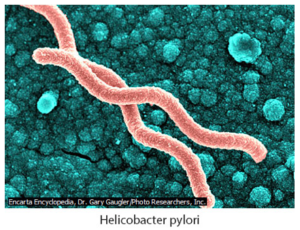 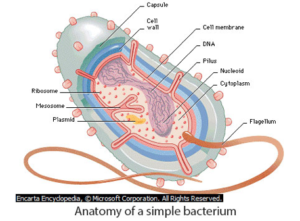 (i) The organisms are eukaryotic and unicellular.

(ii) Some are heterotrophic, some are autotrophic and some are both

(iii) Reproduction is usually asexual by mitosis but some have sexual reproduction by fusion of gametes.

(iv) Movement may be by cilia, flagella or may be amoeboid

(v) The kingdom is divided into the following phyla; 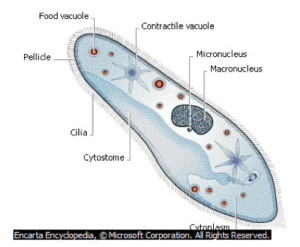 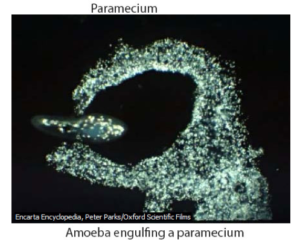 (i) Some are unicelleluar e.g yeast, many are multicellular e.g rhizopus, mushroom and toadstools .

(ii) The body of a fungi is composed of threads/filaments each called a hypha.

(iii) All the hyphae of a single organism are collectively called a mycelium.

(iv) There are many nuclei in a cell.

(v) All fungi are heterotrophic – They lack chlorophyll. Some are saprophytic, some are parasitic and some are symbiotic.

The brightly colored fly agaric mushroom is a deadly poisonous mushroom. Containing ibotenic acid and a number of other organic poisons, the fly agaric can cause severe damage to the central nervous system, blood vessels, kidneys, liver, and muscles. Symptoms, which may not become apparent for 8 to 12 hours or longer, include nausea, vomiting, and severe diarrhea and can lead to coma and death.

If you need contents at an affordable price (N500) ONLY, feel free to contact us.