Learning Objectives: At the end of this this lesson, pupils should be able to:

Building Background/connection to prior knowledge: pupils are familiar with numbers in hundred, tens and units from their previous classes.

Meaning and members of a nuclear family

A family is defined as a group of people that are related by blood, marriage, or by adoption. Everybody in society belongs to one family or another; family can be small or big.

We know that a family is a group of people related by blood, marriage, or social relationship. We also know that our family is made up of ourselves, our father, our mother, our brothers, and our sisters. The blood relations of our father and mother are also members of our family. They are part of the extended family. They have their own families, but some of them live with our family for some time. 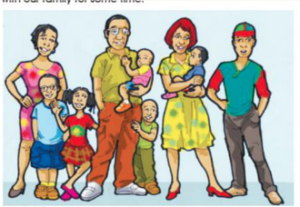 Our grandparents (grandfathers and grandmothers) sometimes visit us, and may want to stay around for a while. We should respect them, go on errands for them, and help to make them comfortable. They are the parents of our parents. As a result, we should give them more respect. Sometimes, other people who are not our blood relations live in our house. Anybody who lives in our house is a member of our family. We should live happily with them. We should not refuse to play or associate with them, because they are not our relations.

There are two types of family; they are:

A nuclear family is a simple family made up of a father, a mother, and their children. In other words, the nuclear family can also be referred to as an immediate family. The members of a nuclear family are the father, mother, sons, and daughters.

An extended family refers to all the people that are related by bloodthrough one’s father or mother. It is made up of many nuclear families.

The members of an extended family include:

1 Uncle: The brother of one’s mother or father

2 Aunt: The sister of one’s mother or father

3 Nephew: The son of one’s brother or sister

4 Niece: The daughter of one’s brother or sister 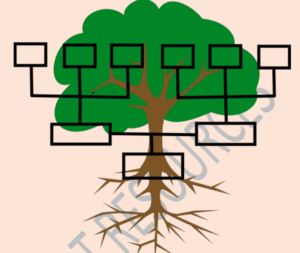 WRAP UP(CONCLUSION) Teacher goes over the topic once again for better understanding.

Behavioral objectives: At the end of the lessons, the pupils should be able to

And other relevant materials

Building background connection to prior knowledge: pupils are familiar with the topic in their previous classes

Culture is the total way of life of a group of people. It includes language, mode of dressing, way of greeting, music and dances, religious festivals and farming techniques. Diversity refers to a variety or wide range of culture. Unity, on the other hand, refers to oneness. Unity in cultural diversity, therefore, refers to oneness, in spite of the differences in culture, i.e. customs, traditions and languages.

Customs and traditions in the community

Differences in customs and traditions

The way of life of Nigerians is similar in many ways, but some differences can be seen among the different cultures. These differences include the following:

1 Language: Each ethnic group has its own language. For instance, the Fulani speak Fulfulde, while the Yoruba speak Yoruba.

3 Music and dance: There are various types of drums all over Nigeria. These include the Yoruba talking drums and the Hausa kannago. Apala music is traditional music of the Yoruba. Udje and opiri are two types of music in Urhoboland. The Edo people play ema music.

Music and dance go together. For example, Atilogwu dance and Nkwa umu agbogho dance among the Igbo are very important. Drums and music are played on important occasions only, and not just for mere entertainment. These occasions include funeral, marriage and coronation ceremonies

4 Body beautification: Facial and other body marks differ from one place to another. By looking at the marks on someone’s face, one can tell the family or ethnic group of that person. For instance, three straight marks, on each cheek, identify the Oyo people. Also, hairstyles, especially among women, show differences from place to place.